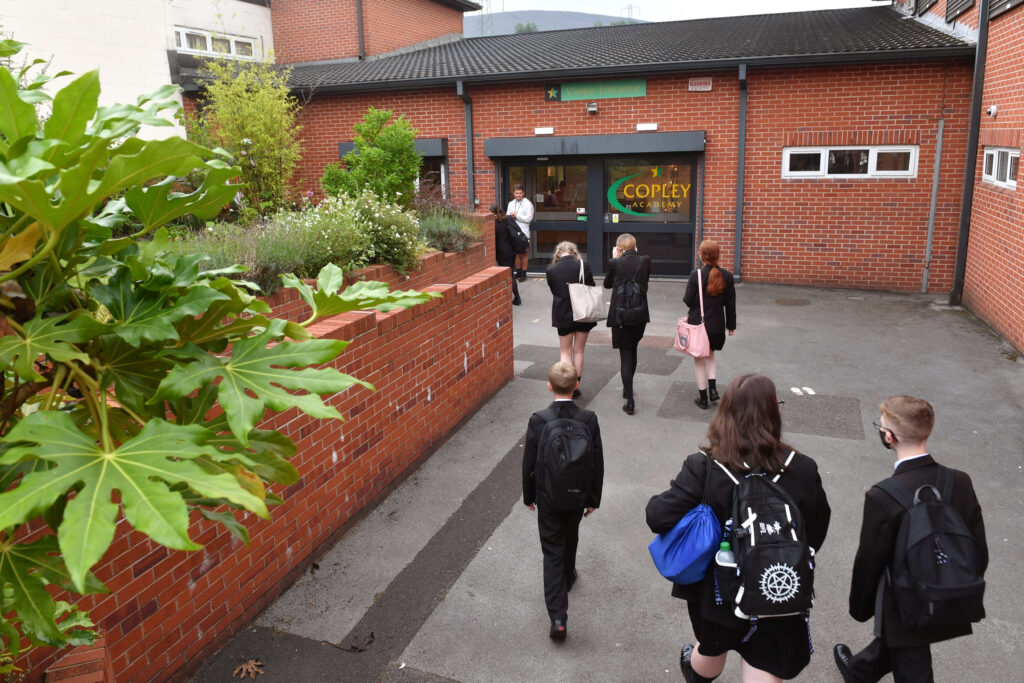 Copley Academy has been working to inspire the young minds of its students and open their horizons for the future.  The Stalybridge secondary school held an alumni network assembly recently,...
Written by Andrew Thewell, 18th April 2021

Copley Academy has been working to inspire the young minds of its students and open their horizons for the future.

The Stalybridge secondary school held an alumni network assembly recently, hearing the success stories of previous students and the journeys they have delved into since leaving school.

The Year 9 cohort was invited to a virtual assembly as part of National Careers week, allowing the pupils to hear from others who have walked the same halls as them in a hope to fuel them with inspiration for their GCSE options that they will take this year.

Three ambitious past students were invited to share their remarkable journeys and pass on their expertise as they presented their life after Copley.

One speaker, Katie MacKissack, attended Copley from 2004-2009 where she excelled in French, drama, design and technology and geography.

Leaving with the equivalent of 13 and a half GCSEs, Katie then went onto further education at Ashton Sixth Form college achieving high grades in French, English literature and dance.

Following this, Katie was accepted into the University of Leeds studying French and world cinema. During her time at university, she was given the incredible experience of completing a placement year abroad and soon found herself working as a language assistant in Nantes, France.

This opportunity allowed Katie to teach English in two separate high schools as well as completing hospitality work at both the Nantes football ground and various wedding venues. This ended up being, ‘the best year’ of her life so far and opened up her fondness for travelling.

From volunteering for a HIV charity in Zimbabwe to studying with the British Council in India, Katie has had an array of opportunities to see the world and is beyond grateful for the work she has been able to do abroad.

Katie is now a graduate trainee at Sheffield Hallam University in which she is able to take on multiple placements and filter through different studies, enabling her to choose a career pathway post study.

Another speaker, Oliver Topping spoke about his deeply rooted interest in sport which has driven him to the career he is working towards today. Attending Copley from 2010-2015, Oliver participated in various sports teams as well as having the title of head boy.

Leaving Copley saw Oliver immerse himself into the community of Ashton Sixth Form College where he studied media studies, physical education, psychology and biology in his first year, but had to drop physical education in his final A Level year.

Anika Mistry was another past student who led the way with her outstanding journey upon leaving school. Attending the University of York, Anika completed a Bachelor of Arts in philosophy alongside being very active in extra-curricular activities such as cheerleading and blog writing.

Anika also completed a Masters of Science in global marketing and has had the chance to show off her social marketing and content creating skills, especially engaging as a Look Fantastic ambassador. She hopes to travel and work abroad in a post-Covid world and her dream would be to land an internship with Google.

The three shared universal tips which were to take every opportunity that comes your way, as well as enjoy the journey without being afraid to be different.

The presentations left the students, and many of the staff, with a new- found inspiration and was both an engaging and entertaining way for them to think about what they might want to achieve post-16. Copley Academy has only recently launched its alumni network which hopes to share the success stories of former pupils as well as inspire present students.

Arranged by assistant principal, Miss J Tidbury, the event was a huge success and will pave the way for assemblies to follow.

She said: “An alumni network is important to Copley Academy for numerous reasons. Firstly, we are consistently working hard to inspire our students to be ambitious and aspirational; we have an entire curriculum called GREAT Lives that is focused around preparing our young people for the challenges of the 21st Century, including preparing them for the world of work.

“And what better way to inspire the current generations of Copley Academy students than have former students narrate their academic and career success stories, which started at the very school that they currently attend?

“Secondly, we value our students both past and present, so creating this network provides a lasting link between the school and our local community.”

We use cookies to ensure that we give you the best experience on our website. If you continue to use this site we will assume that you are happy with it.Accept